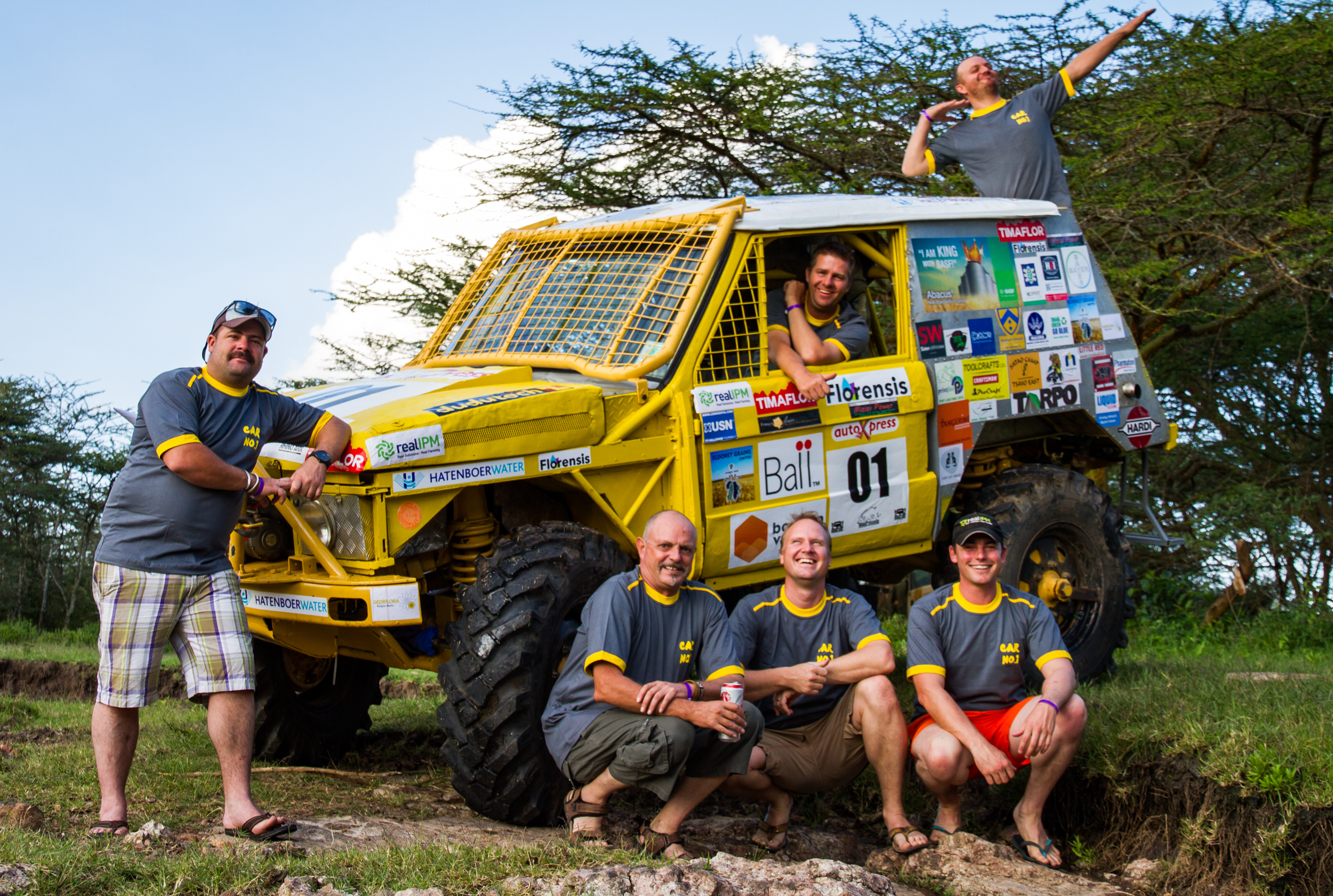 The highly anticipated Rhino Charge 2016 edition lived up to its reputation -to be an exciting test of mettle. Founded in 1989, the annual off-road motorsport competition seeks to mobilize motorsport enthusiasts to raise funds to support the conservation efforts of Rhino Ark- a Kenyan charitable trust. The organization is engaged in various crucial activities which are geared towards protecting Kenya’s watersheds.

What began simply as an opportunity to raise funds to save the declining rhino population in Aberdares National Park has since evolved. No longer just a fundraising event for a noble cause, the event has earned the legacy of being the toughest off-road contest on the continent and probably beyond. The allure of this grueling event attracts entrants from all over the world and winning the Rhino Charge is an enviable feat.

In pursuit of this goal, Eddy Verbeek of Florensis Kenya Ltd (a client of Koppert), regularly participates as a member of Car No. 1. This was the team’s 11th Charge so far. For the last six years, Koppert Kenya has been a proud sponsor of this great team. Koppert was initially introduced to the team through Roddy Benjamin (Mount Meru Flowers). The team also includes Simon van der Berg (Jr.) of Timaflor Flowers, Graham Roy, Mike Diesbecq and Don White.

In 2016, Car No. 1 was a heavily modified Range Rover with a Mercedes Unimog axles; essentially a massive, muscled-up ride that could scale the extreme terrain. For those not familiar with this event, the Charge is unique in that the exact course of the competition is kept secret until the night before the event. Each team is required to visit 13 check points spread out across approximately 100 km². This might appear easy, were it not for the fact that the terrain is extremely rough and challenging. The team that reaches the most number of checkpoints in the shortest distance within a 10 hour period wins the contest. Since using the shortest distance is the main goal, teams often decide to go up and over obstacles rather than around them. Scenes of cars hanging precariously on cliffs is not an uncommon sight.

Rhino Charge 2016 was a watershed moment for Car No. 1 Team. The team approached this year’s challenge with a “take no chances” approach. Despite the fact that their brake lines broke at the beginning, the team struggled through the rough terrain and bad visibility to finish 7th overall and 3rd in the Victor Ludorum (Fundraising + Event). This was quite an impressive feat considering that their last finish was in 2008! Importantly, our modest contribution helped them raise a total of KES 3,161,344 for Rhino Ark’s conservation efforts and the event itself raised an incredible USD 1.4 million towards the same.

We were delighted to support this inspiring team and to be part of such a significant event that champions environmental conservation and embodies the great values of sportsmanship, integrity and commitment to excellence. We wish the Car No. 1 team all the best as they gear up for the 2017 challenge.